The Cohn Arboretum in Baton Rouge, the official name “Laurens Henry Cohn, Sr. Memorial Plant Arboretum” is one of the most beautiful places in Baton Rouge.  In the middle it has a pond and surrounded by walking path and trees.  There is even a grapes being grown.  If they fix up the house with period pieces, this place would be historic. 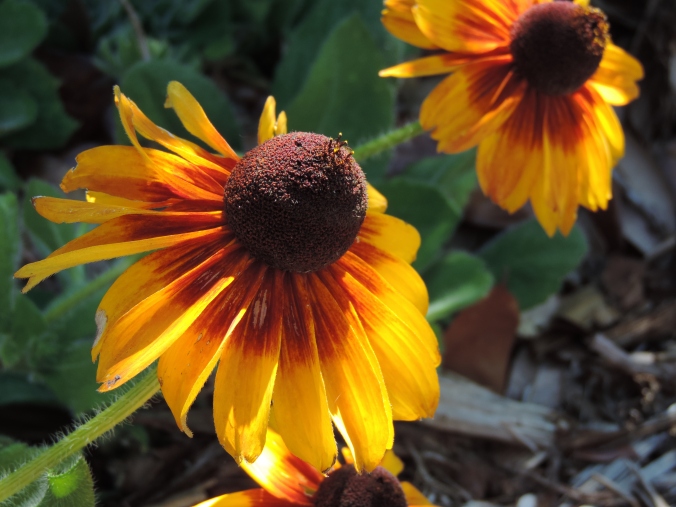 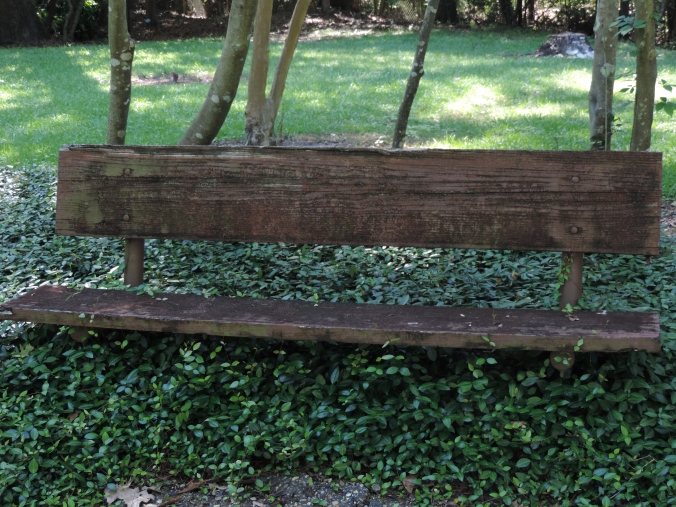 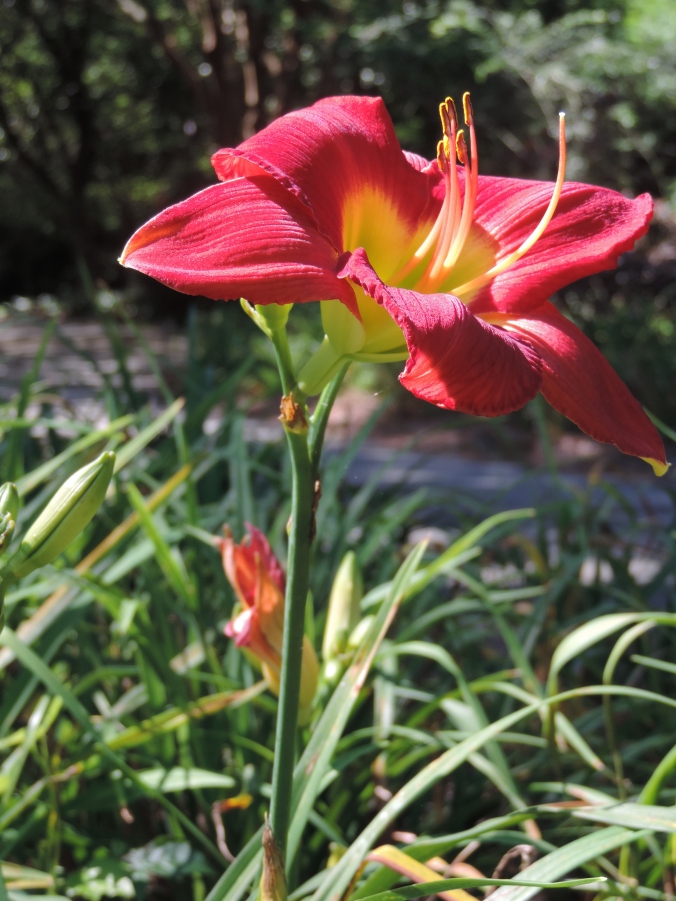 On Easter Sunday in 1970, the Baton Rouge Zoo first opened to the public. A lot of credit is due to Bill Black, a.k.a Buckskin Bill, who was a popular children’s TV host. He would end his program everyday saying “Baton Rouge needs a zoo.” He encourage children to collect pennies and donate them so the Zoo could purchase an elephant. The children would line up outside the studio to donate the pennies they collected. The campaign was so successful, the children collected enough money to buy two elephants. One of the elephants was named Penny. 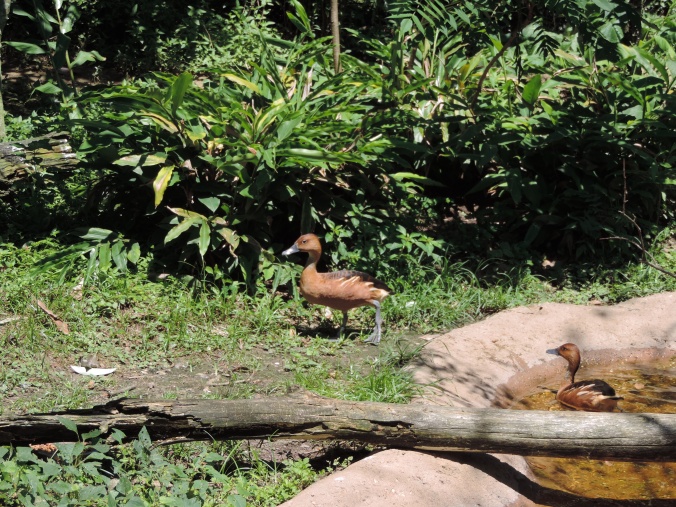 There are currently no elephants at the zoo.  When one of the last two died, the other was ship off to another zoo so it would not be lonely.

The zoo is located in Louisiana, so of course, there are alligators. 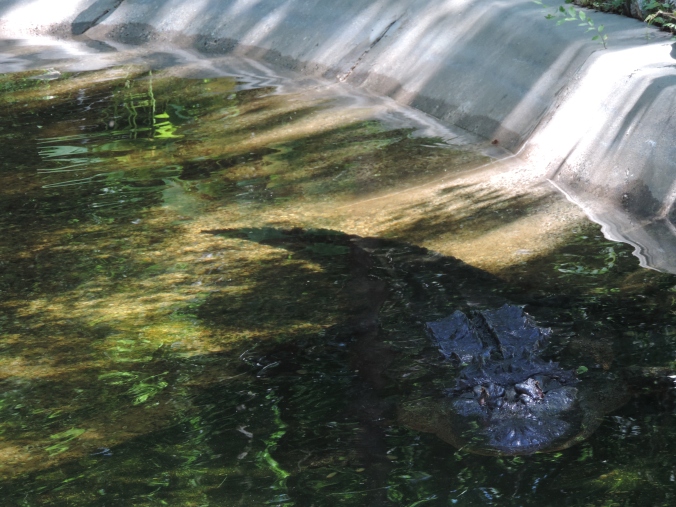 This alligator look big and mean enough to go through the fence if he was hungry. 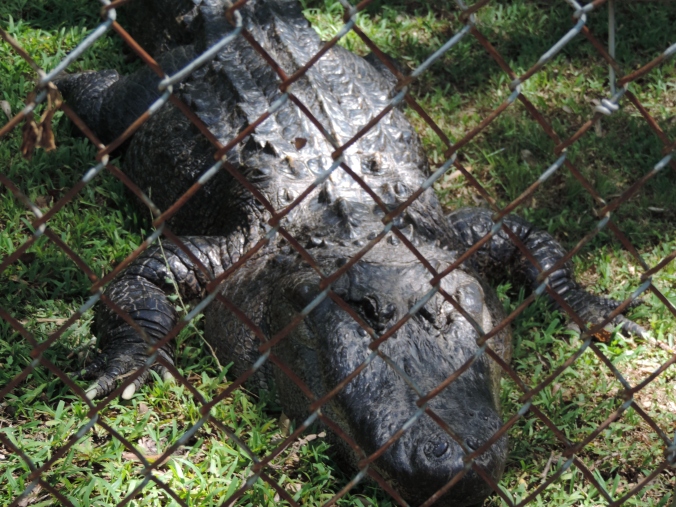 The trip to the zoo was worth it, just to get this picture.

I caught these birds doing… well I will give you a hint.  They are in a nest. 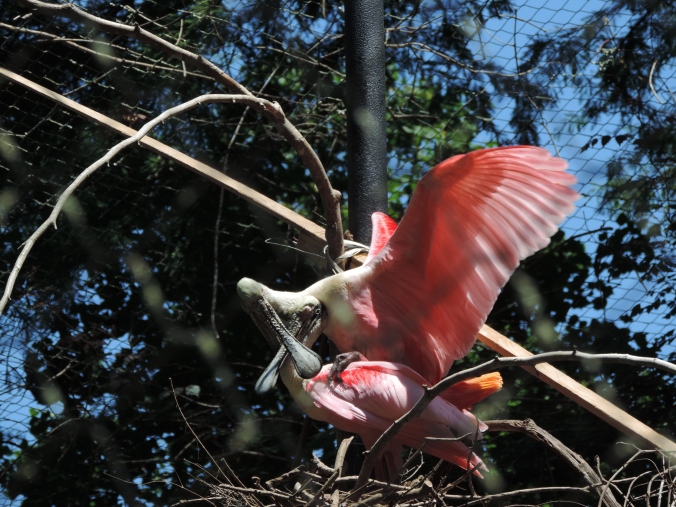 This little one decided to pose for me while I was standing there. 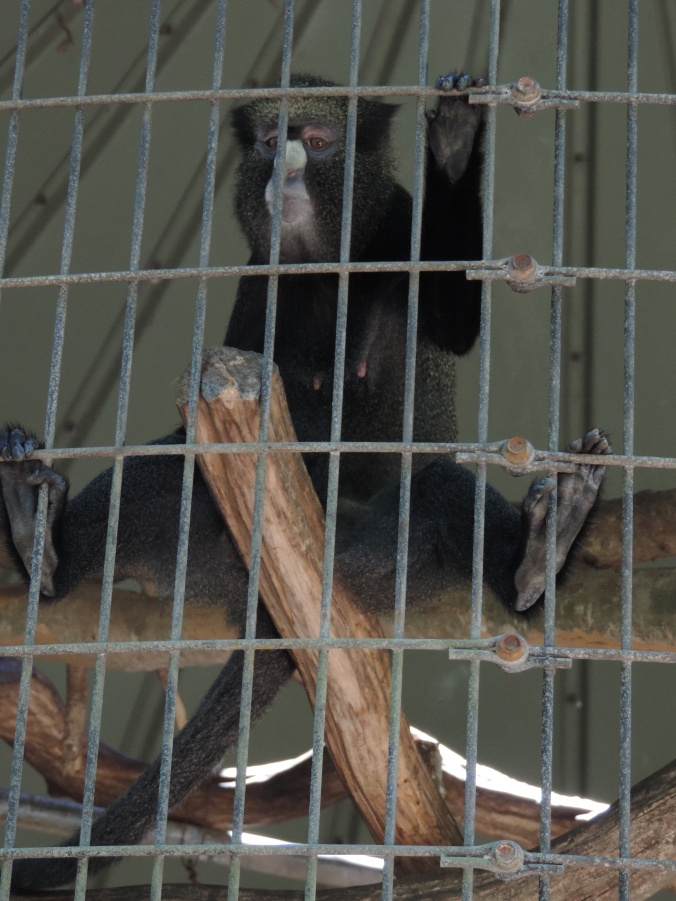 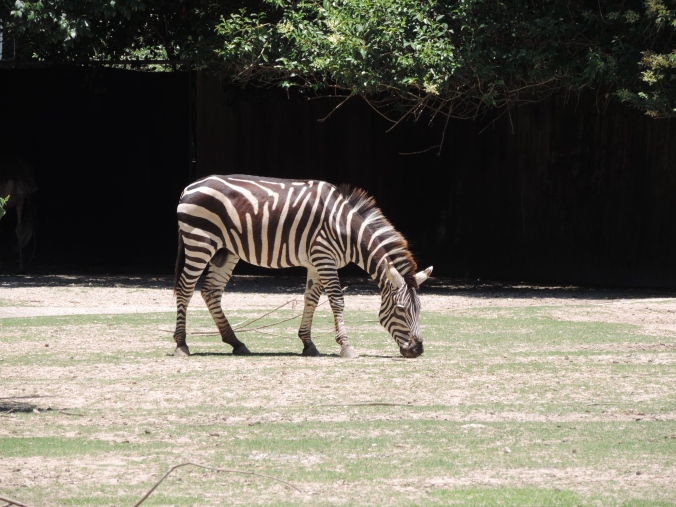 It a very pretty area.  A nice area to walk around, or take the train.

I been neglecting my blog lately because at the beginning of April I made the last effort to sell my house. The house had been for sale since February 2015. We had two offers on the house, which both fell through. I had over 100 people come through the house. According to the realtor, the house needed updating. The wallpaper needed to go. I had the wallpaper removed from the bathrooms in March 2015.

I came to realize that most people were looking for the finished house they saw on HGTV or the DYI network. Currently, I am boycotting all home improvement shows because I refuse to do the cheaper stuff they show on TV. I also figured out why most home improvement shows like “open floor plans”. They say it is to be near the family. But, it is cheaper not to rebuild a wall. No wall, electrical is needed in the wall. Why to do think men wants a “man cave”? It is to get away from the family.

For 6 weeks, I: trimmed bushes, pick up limbs, wash windows and walls, touch up paint, called the handyman to replace rotted boards, painted the new boards and side of the house, repaired the steps, striped a post and refinished it, repaired the garage door (yes, the spring broke), painted over the wallpaper in the foyer, took the blinds off of the foyer door and painted, put window film on the foyer door windows, took the wallpaper board down in the bathroom and painted, and had three windows replaced because the seal was leaking.

Finally, another offer on the house. Thank God, I do not have to trim the holly bushes. But, I still needed to finish packing, get the furniture moved, and have the AC serviced.

Here are some of the final pictures of the house after I moved everything out. 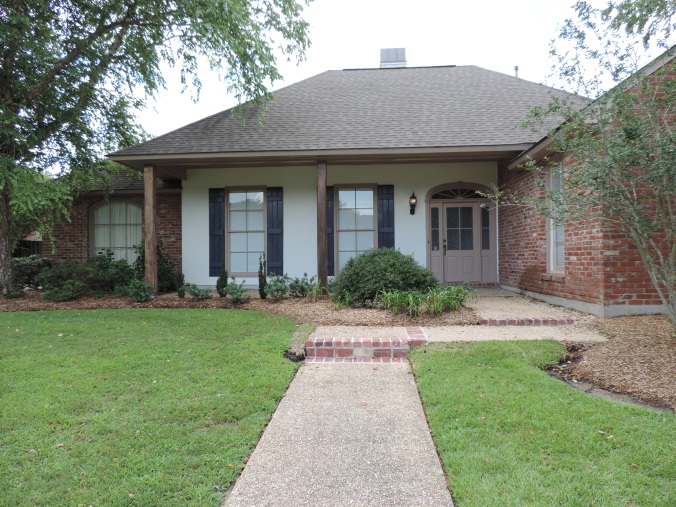 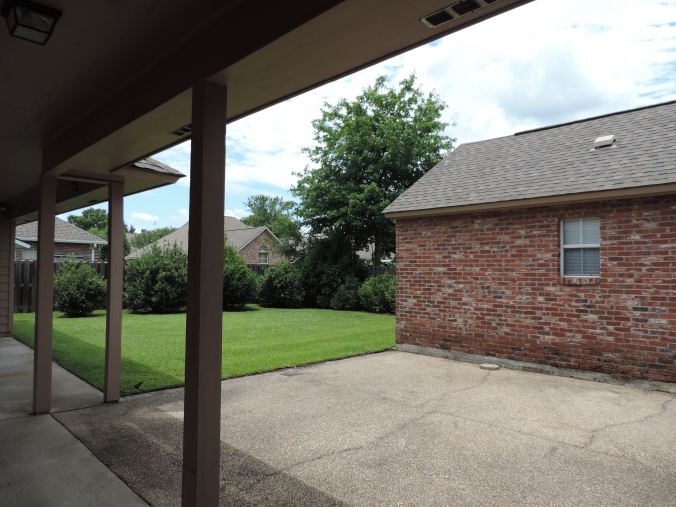 I do not believe that anything I did over the past few months made any difference in selling my house.  I believe that the right time to sell finally had arrived.  I hope the new owner are happy with the house.

Now I can do other things, like write in my blog about my new adventures.