It rained and rained, and heavily rained during all of my drive through Oklahoma. Sometimes, you just need to make a stop. I turned off the interstate and drove east about five miles and found Pops.

Guess what Pops sells besides gas and souvenirs. At Pops I purchased some Coke.

Okay, they are not all Coca-cola, but in the Southern United States all soft drinks are referred to as cokes. 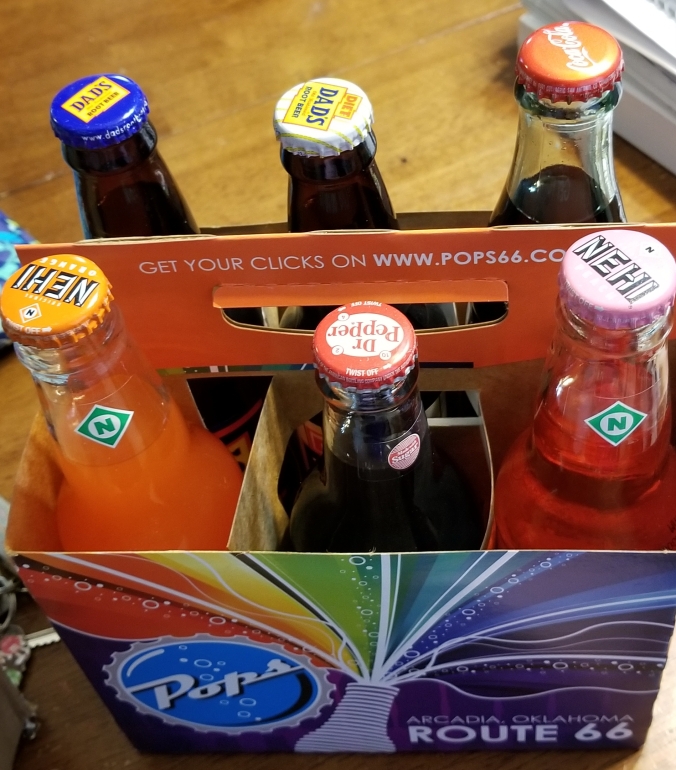 I also learned while looking at the souvenirs that I was on Route 66. If it was later, I could have a lunch at their diner.

This site uses Akismet to reduce spam. Learn how your comment data is processed.